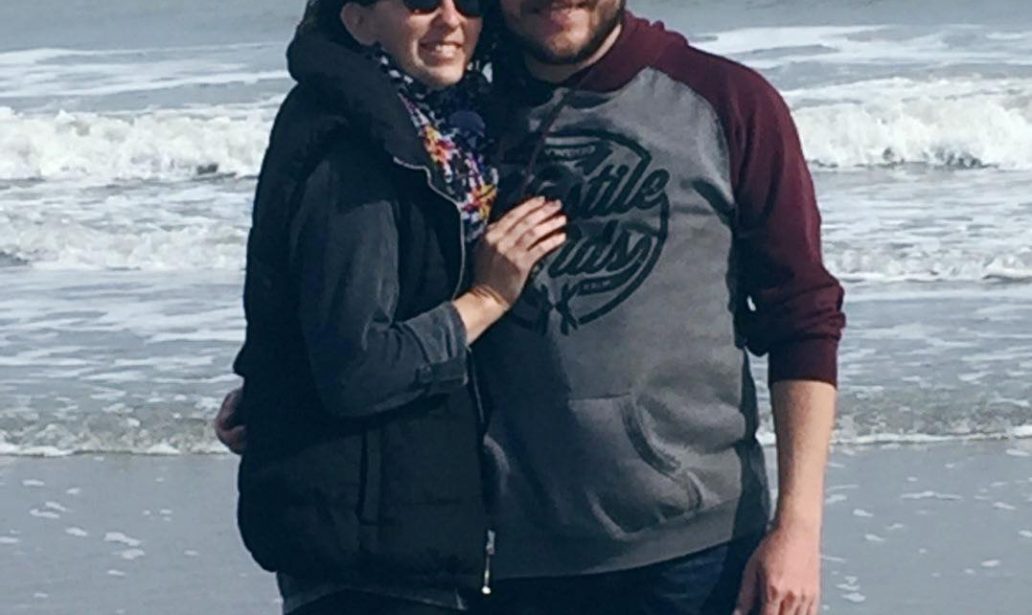 I have wanted to be a mom for as long as I can remember. I remember playing with my dolls and wanting to be a mom with tons of babies, but of course not a wife because boys were gross!

Infertility was so far from my radar. I didn’t know of anyone who had had trouble getting pregnant. After over a year of trying to have a baby, I went to my doctor totally anticipating her to tell me our timing was off each month or something silly like that. She expected the same thing I think because she said she would run some test, but that I didn’t “look” like someone with infertility. Of course, the tests came back with some things she was concerned about. At my next appointment, we went over the results and she said I had some signs of PCOS (Polycystic Ovarian Syndrome) but she wasn’t so sure. I had no insulin issues, no weight issues, no excess body hair.. again, I didn’t “look” like someone with PCOS. She scheduled an ultrasound for a closer look at my ovaries.

I came into my ultrasound appointment tired and emotional. I sat in the waiting room surrounded by people waiting to also get an ultrasound, but they were going to get to see their babies. When it was my turn, I teared up a bit knowing this was not what I had hoped my first ultrasound would look like. I looked at the screen, and there they were, “a string of pearls.” I knew I had PCOS, but I didn’t know what it meant for our family. I went back to the same waiting room before I saw the doctor to find out more. This is terrible planning on the doctor’s office’s part… I sat there holding pictures of my cystic ovaries surrounded by women holding pictures of their babies. I was terrified someone would ask to see or ask how far along I was or talk to me at all really. I tried to seem as interested as possible in my phone and luckily, no one spoke to me.

When I was finally saved from the waiting room, the doctor went over my results and let me know I did have PCOS. The next thing she said broke me “But, this is the best kind of infertility to have!” All I could hear was, “You are INFERTILE. Something is wrong with you. Something that comes so naturally to so many, your body can’t do.” We left the office with a plan to try medications. And I tried a few and at different doses over the next year.

Something no one tells you about infertility is that you lose time in one month intervals. When you take a test and it is negative, you’ve lost a month. It feels like time is flying by month by month, but also feels like it is taking forever to get the results you are desperately hoping for. Another thing I was not prepared for was how difficult it was to see women I knew get pregnant. It was hard to avoid thoughts like: “They haven’t been married long at all.” “They weren’t even trying.” “They already have so many kids.” It’s difficult not to compare and feel like things are very unfair. It is difficult to go to baby showers, gender reveals, 1st birthday parties, Mother’s Day celebrations and more. It feels selfish but it is really hard to celebrate other people’s babies when you are trying so desperately for the same thing and can’t have it.

One of the hardest parts, I think, was keeping it from others. We didn’t really choose to keep it from people, at first. We started trying and really weren’t worried about it for a long time. During that time, people started with the comments and questions. We had been married a few years and so naturally, people felt the need to tell us what they expected for our next steps. These comments were coming from everywhere: people at my work, family, friends and even a few random strangers. And at the beginning, I even laughed and played along a little bit. Then a year passed and in came our diagnosis. How do you tell people who have been prodding you about having a baby, that you may not even be able to? I felt guilt. I felt guilty that I may not be able to give my mother-in-law her first grandchild. I felt guilty, because so many people were telling me that I should have a little one. That they couldn’t wait! That I was getting older… And I felt guilty because my body was the reason it may not happen. And then, after awhile of hearing the comments, I wondered if it would be more awkward to tell them. I thought it might make them feel bad for all of the questions thus far, but I also was worried I was going to come to my breaking point and let someone know in a very loud and unkind way.

We did eventually share with close friends and family what we were going through. It wasn’t as scary as I thought it would be. Of course, people were very supportive. But really, they can’t do much to help. We did eventually get pregnant. And I want to say, I know we are really lucky. I know we did have “the best kind of infertility you can have.” I do know people struggle much longer and much harder than we did. And I am so sorry. I have a small taste of what infertility feels like and it is so difficult.

I want to leave you with a few reminders:

Infertility does not have a look or a type. I was healthy, in pretty good shape and had no family history of infertility that I know of.

Please, be careful with the things you say to people. Lance and I will never pressure anyone about having children and we would both urge you to create the same habit. Lance is actually much quicker than I am to call people out on this. Also, in general, people’s interest and timing in having children, is not really something others should get an opinion on!

If you do know someone who is struggling with infertility, check in with them on Mother’s Day. My sister did this for me and I am so grateful, because I had two really tough Mother’s Days.

And if you are going through infertility, I’m so sorry. Feel free to reach out, I can’t offer much but can listen and come from a place of understanding. Also, If you need to, skip the baby shower or gender reveal, even of a close friend.