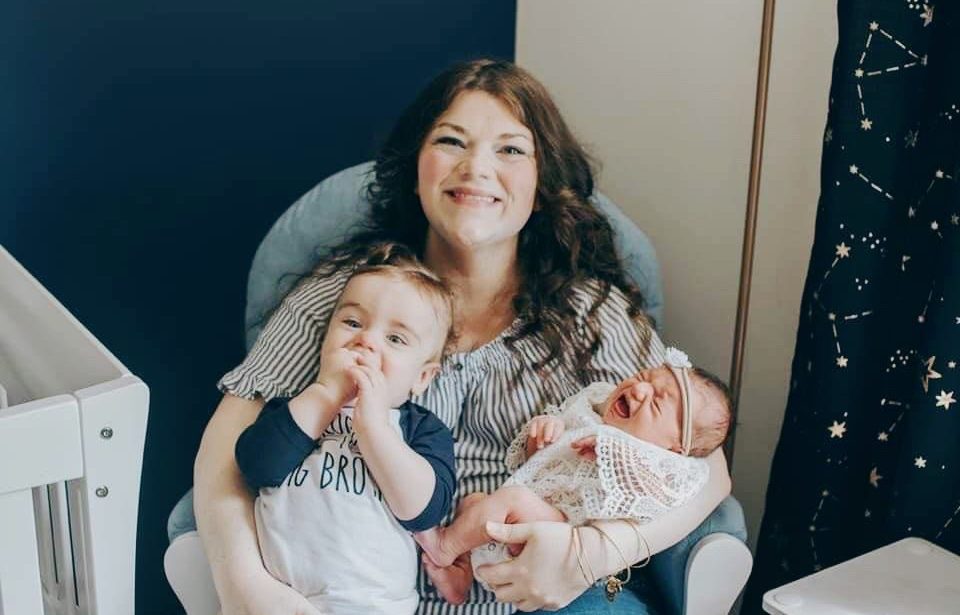 Being a parent is a struggle. There’s no denying it. It’s one of the most exhausting but rewarding titles you’ll ever have.

Being a mother of a special needs child comes with even more struggles.

I rarely use the words “special needs”. If I were being honest, I loathe those words most days. I feel as if every child has specific special needs for them regardless of labels.

But, if I’m going to mention labels, I’ll have to share some of Gabriel’s journey. Since Gabriel’s beginnings, I try to remain as proactive as possible when it comes to his care. Along his journey, I have gained so much knowledge from countless therapies he’s been placed in, and I would love to share some of the things I learned along the way that has helped me as a mom and Gabriel with his hurdles. Bear with me as I share my son. It’ll be worth it.

20 weeks in utero the doctors discovered Gabriel had bilateral hydronephrosis. It’s a common defect of the kidneys, but Gabriel had a severe case of it. The diagnosis came with so much fear and what if’s. At 36 weeks, my water broke at home and labor started. Gabriel had a traumatic entry into this world.

Gabriel had shoulder dystocia which caused oxygen to be cut off from his body for too long. It caused an hypoxic ischemic brain injury, hemorrhages to both of his adrenal glands, a broken clavicle, and erb’s palsy. He was transported from regional to Greenville memorial at 1 day old. He only spent 10 days in nicu before he was released to go home with a plethora of future doctors appointments already set up for him.

With brain injuries, there’s not much Pediatric neurologists can predict. The majority of the brain is still a mystery in the medical field, and they could only tell us how Gabriel could potentially be affected by his traumatic delivery. They didn’t know if Gabriel would have the ability to: hold his head up, lift his arms, crawl, walk, talk, among many other things.

Within the first year of his life, Gabriel went through six surgeries and procedures to help correct the hydronephrosis in one of his kidneys.

Gabriel started occupational therapy at two months old. Since then, Gabriel can: lift his head up just fine, lift his arms, he crawled, he walks, and his speech, we are working on. Today, at three years old, Gabriel has been labeled with bilateral perisylvian syndrome secondary to the brain injury he sustained at birth, hypotonia, and speech apraxia. A couple of months ago he started saying “mama”.

I am failing to mention the countless specialists Gabe see’s and the amount of knowledge I’ve gained from them. Pediatric doctors, nurses, therapists, teachers, and early interventionists do not get enough merit. They are the true heroes without capes.

Since I’ve divulged a brief run down on Gabriel’s beginnings, I want to share some random things I’ve learned along his journey.

Gabriel has severe low tone in his hands. We struggled with Gabriel mastering the pincer grasp that would help him pick up small things like Cheerios or peas when he was a baby. One awesome hack I learned in OT is using a basic ice tray you can purchase for super cheap at most stores and placing Cheerios or whatever small bits of food in the cubed sections.

It’s a high motivator for babies, and it kind of forces them to bring out their little fingers to grasp the small piece of food.

It worked perfectly for Gabe.

Gabriel also has low tone in his trunk, legs, and feet. To help Gabe walk (he fell all the time and he still does), one of the many things PT taught me is for Gabe to walk on uneven surfaces. You can make uneven surfaces in your home by placing pillows on the floor and having your child walk on the unevenness. It helps build the intrinsic muscles in their feet (which will later help build arches in their feet). PT has also taught me to have your child barefoot as much as possible. Have them walk on different types of surfaces, especially outside when you can which helps to also build those intrinsic muscles and help for sensory purposes.

Gabriel has been in speech therapy since he was 13 months old. He was first labeled with just a speech delay, but my mama heart knew it was something more than just a delay. At two years old, in the middle of a pandemic, his SLP started recognizing Gabe was showing classic signs of speech apraxia. She stated kids usually get this type of diagnosis when they’re a little older, but Gabe’s was so severe, she started switching her strategy with treating Gabe with speech apraxia instead of just a delay, and it worked wonders. The best advice that I can give about kids who have some form of speech difficulties is early intervention and narrating every single thing you do to your child. Every act you do at home, everywhere you go, and everything you do should be narrated to your child. This gives your child a backbone to help build their vocabulary. If your child is currently on a waiting list to be evaluated by an SLP or is just on a waiting list for speech in general, I highly recommend introducing baby sign language. It has done wonders for Gabriel even though most of the time we have to modify some of the signs due to some of the fine motor skills it takes to make some of the gestures.

Regardless of Gabriel’s labels, none of it defines him.

Gabriel is perfect, and today if you were to look at him, you’d never know the hard he’s been through. Gabriel is one of the smartest 3 year olds I know. His lack of being able to communicate like your average 3 year old old has made him excel in other areas.

If you take anything from this post, it’s to give yourself grace. Give your child grace. Being a parent is hard regardless of the journey. But, remember. It’s worth it.