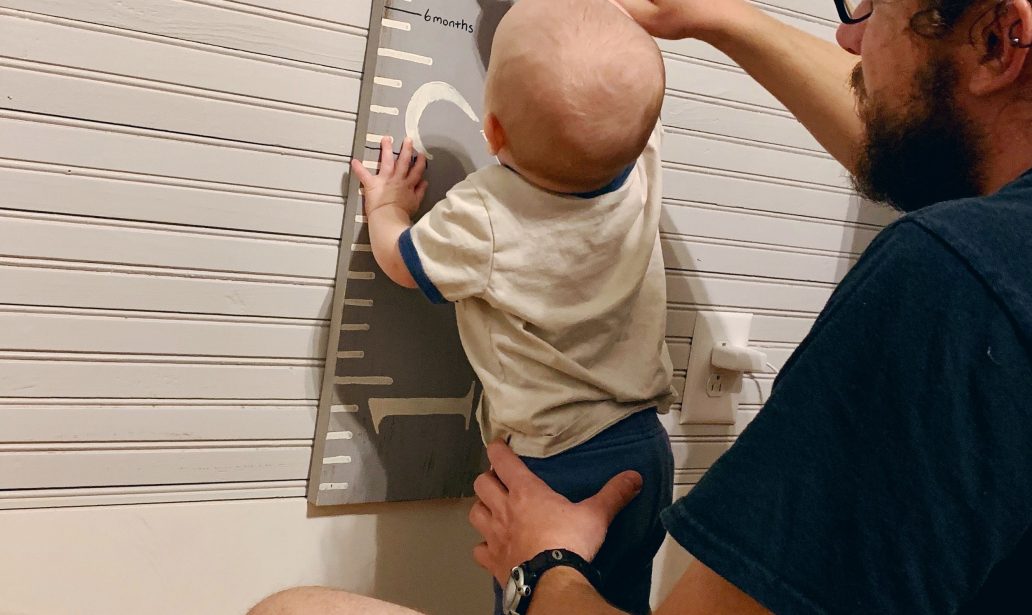 Brooks and Lucian are both currently in leaps. How do we know? We use The Wonder Weeks App and by now we are recognizing the signs too! They both fuss a little bit more, sleep a little less and want Mom more too. During these leaps we try to be more understanding and give extra cuddles and attention, while still sticking to routines as much as possible.

The Wonder Weeks app is so helpful. There is also a book, if that is more your thing. The app is basically a condensed copy of the book in app format. It has a calendar and goes by baby’s due date. Lucian is always a little bit ahead on his leaps, so the calendar might not line up perfectly, but the signs and milestones that come with each leap are pretty accurate. You can even turn on notifications to get a heads up when a leap is coming.

“I also really like being able to see the milestones that come along with each of the leaps! We are currently in one of the longest leaps Brooks has had, I remember opening the app on the day his leap began and saw 35 days remaining… and thought oh boy!” -Jennie

As far as growth spurts go, we can typically spot these as the boys eat and sleep more! They may wake more often to eat during the night and if they do, they’ll nap more and sometimes sleep later in the morning before waking to eat. Now that they are eating solids we notice they tend to eat more solids when going through a growth spurt as well! We both allow the boys to tell us when they are hungry and have had enough to eat. We just watch these cues closer when they are going through a growth spurt.

This is a resource for when to expect growth spurts. Jennie used it to understand especially those early growth spurts when Brooks would be hungrier and eating more.

Besides being times of great change in development, the other thing growth spurts and leaps have in common is how hard they can be on you, Mama! Losing sleep is no joke. And on top of that, all kinds of fussiness and new behaviors can make for some hard days!

So, during these times:
-make sure you have support from others
-make sure you still find ways to take time for you
-make sure you are eating
-try to remember that this is actually positive, your baby is developing and growing
-TREAT YOURSELF. (On my hardest days, I like to go get a coffee from a coffee shop or a smoothie, just something special. And, you should too. You deserve it!)