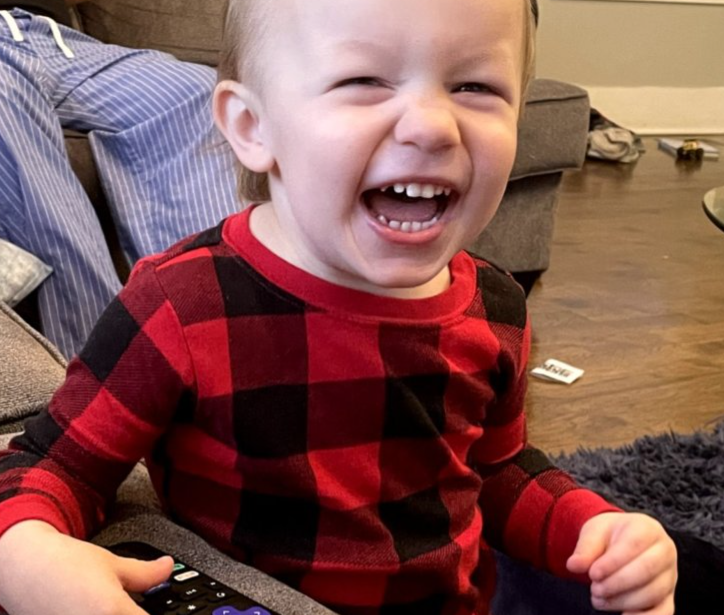 When you are the parent of an infant, you are getting almost no sleep and trying to learn a whole new world with an infant who is also trying to learn a whole new world. And people start then saying to you… “Oh just wait until they are walking… that’s when it gets hard!” Then they are walking and people say to you, “Oh just wait until the terrible twos…” Then they are two and people start telling you, “The threes are actually worse!” And I haven’t made it farther than this, but I am already tired! Can we stop relating to people by telling them either how easy it should be right now or how awful it is going to get?!?! As far as I can tell, every stage is difficult and every stage has so many real perks too!

I was recently checking out of a store with Lucian and the cashier asked his age. When I said he was three, she said “Wow you made it out of the terrible twos, I know you are so happy about that!” I just grinned, but it got me thinking because it is said so often… Of course, we had some rough moments, we had some tantrums and we all shed some tears. But, I absolutely loved the year that Lucian was two. He learned so much, each and every day. He got so much funnier (and more sassy). He is able to communicate so much better. We can reason with him a lot of the time. We laughed more this year than we ever have. I think the “terrible twos” were my favorite year yet! I look back at how difficult those first few months were and I hate that people tell you, “Oh, just wait!”

New Parents, every single stage is difficult and beautiful in its own way (as far as I know. I guess I can really only speak for the first three years). Don’t let people downplay the difficulty of the stage you are in now or dread the stage that is coming up! Also, kids are all so different. And I can’t imagine it is good for kids to hear us telling people that the next year with them is going to be the worst one yet!

I am going to try my best to change the narrative and I encourage you to do your part too. Instead, to relate to a parent who is in an earlier stage than you, why don’t you ask them how they are doing? Ask them what has been difficult or amazing about this stage. Share a fun story about your child at that age. When Lucian was an infant, we lived in a camper. When he turned one, he really started to love our dog, Packets. When Lucian was two, he started deciding to wear cowboy boots and rainboots almost all the time! Of course, we can’t forget all of the tough parts, and there have been plenty! There are times to share those too. But, in passing and with strangers, lets quit telling them that it only gets worse! Mostly, because it isn’t true. ♥️